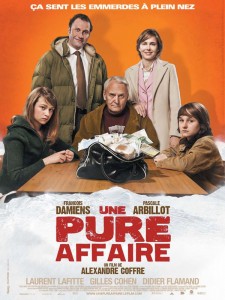 David Pelame, an insignificant executive, easily allows to be spread by his most agressive competitor in the company he works for. One night, by walking his dog, he finds a bag filled with cocaine. Not really knowing how to react at first, he decides to sell the drug with a very personal notion of dealer’s ” job”. If his family’s life becomes easier and the relations with his wife kinder, in the company he takes a certain ease which allows him to assume better the relations with the others (and also to push aside his competitor). Though he begins to see the negative sides of his new activity, money is so easily earned that everybody goes into the business. But one day the owner of the bag containing the drug comes back…