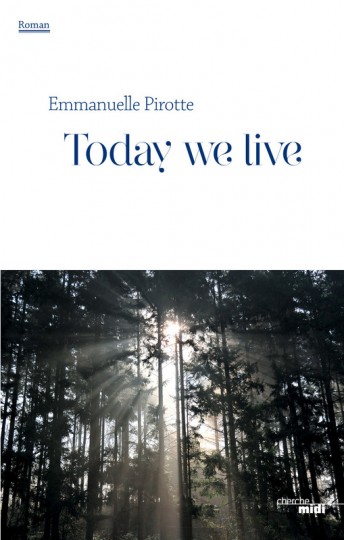 “Today we live” : the novel by Emmanuelle Pirotte

Before becoming a film, ‘Today we live’ (shooting scheduled  in early 2017) is a novel.

The film will be directed by Sylvestre Sbille (‘I will bury you’, ‘Que Les Diables m’emportent). The novel was written by the co-screenwriter, Emmanuelle Pirotte.

Winter ‘44. German troops are coming back through the Belgian Ardennes in a last attempt to win the war. Renée, 6 years old and Jewish, is hidden by a Belgian family. The father panics and takes Renée to the priest. When the German troops enter the village, the priest flees with Renée. Along the road comes a US Army jeep. The priest stops the car,

gives Renée to the GIs, and off they go. The soldiers begin to talk… not in English, but in German! They are two soldiers of the Reich, disguised as Americans. Their mission: to infiltrate the Allied lines and cause the maximum trouble.

The jeep pulls into a forest. They force Ren.e to walk before them, the younger of the two pointing his gun at her back. A shot is fired. Two persons come out of the woods: the older soldier Mathias and the little girl…

Our story tells the story of this unlikely couple. These two are total opposites, yet together they will do anything to stay alive and to get through the end of the war.